Johnny-Five has grown from a passion project into a tool for inspiring learning and creativity for people of all ages, backgrounds, and from all across the world.

Johnny-Five does not attempt to provide “all the things”, but instead focuses on delivering robust, reality tested, highly composable APIs that behave consistently across all supported hardware platforms. Johnny-Five wants to be a baseline control kit for hardware projects, allowing you the freedom to build, grow and experiment with diverse JavaScript libraries of your own choice. Johnny-Five couples comfortably with:

Why JavaScript? NodeBots: The Rise of JavaScript Robotics

The ubiquitous “Hello World” program of the microcontroller and SoC world is “blink an LED”. The following code demonstrates how this is done using the Johnny-Five framework.

Note: Node will crash if you try to run johnny-five in the node REPL, but board instances will create their own contextual REPL. Put your script in a file.

Johnny-Five has been tested on a variety of Arduino-compatible Boards.

Documentation for the Johnny-Five API can be found here and example programs here.

Need help? Ask a question on the NodeBots Community Forum. If you just have a quick question or are interested in ongoing design discussions, join us in the Johnny-Five Gitter Chat.

For step-by-step examples, including an electronics primer, check out Arduino Experimenter’s Guide for NodeJS by @AnnaGerber

Here is a list of prerequisites for Linux, OSX or Windows.

Check out the bluetooth guide if you want to remotely control your robot.

If the upload was successful, the board is now prepared and you can close the Arduino IDE.

For non-Arduino projects, each IO Plugin’s repo will provide its own platform specific setup instructions.

Install the module with:

To get you up and running quickly, we provide a variety of examples for using each Johnny-Five component. One thing we’re especially excited about is the extensive collection of Fritzing diagrams you’ll find throughout the site. A huge part of doing any Johnny-Five project is handling the actual hardware, and we’ve included these as part of the documentation because we realised that instructions on how to write code to control a servo are insufficient without instructions on how to connect a servo!

To interactively navigate the examples, visit the Johnny-Five examples page on the official website. If you want to link directly to the examples in this repo, you can use one of the following links.

There are presently 365 example programs with code and diagrams!

Many fragments. Some large, some small.

Build you own drone 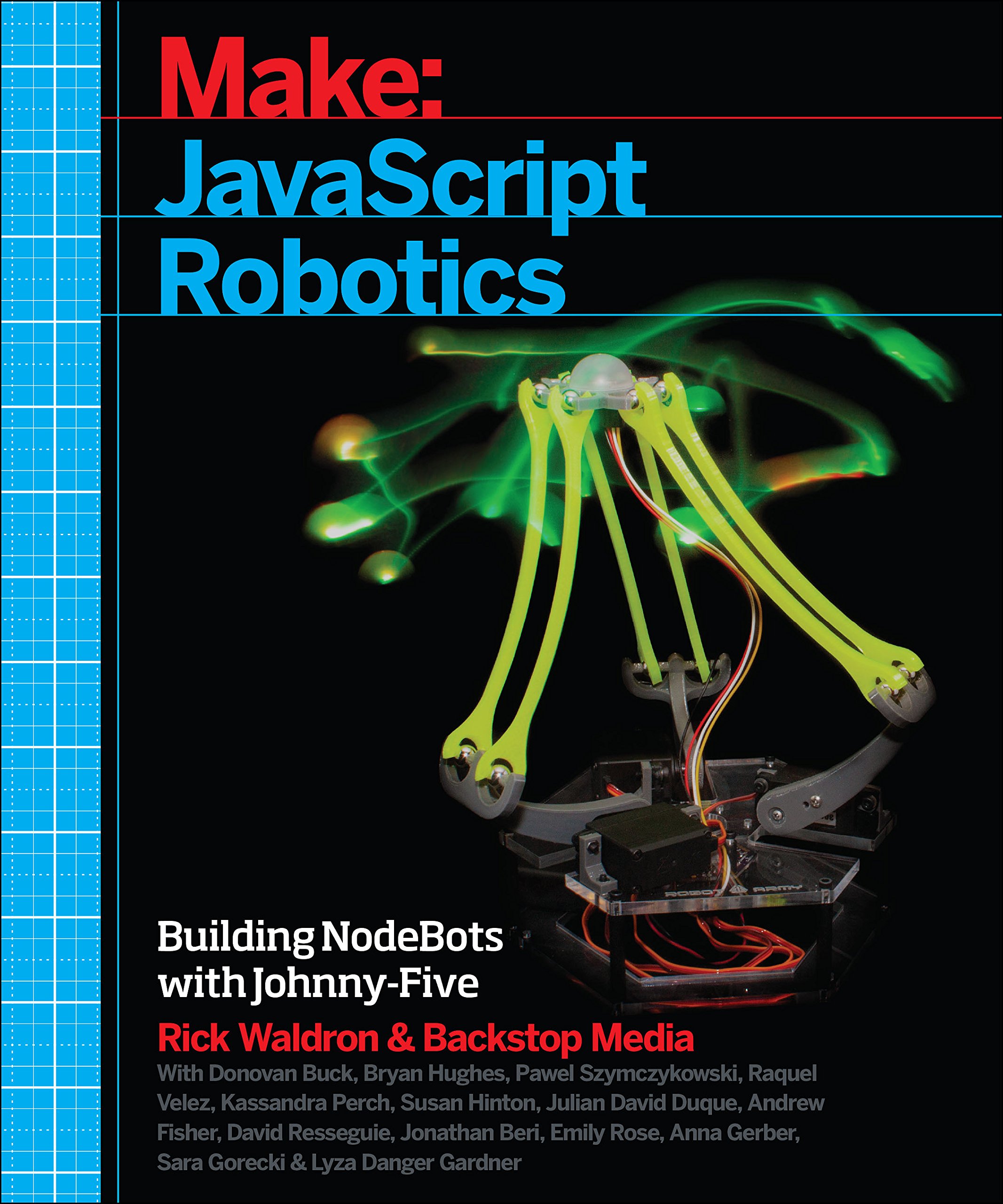 All contributions must adhere to the Idiomatic.js Style Guide, by maintaining the existing coding style. Add unit tests for any new or changed functionality. Lint and test your code using grunt.

Awesome cheatsheets for popular programming languages, frameworks and development tools. They include everything you should know in one single file.